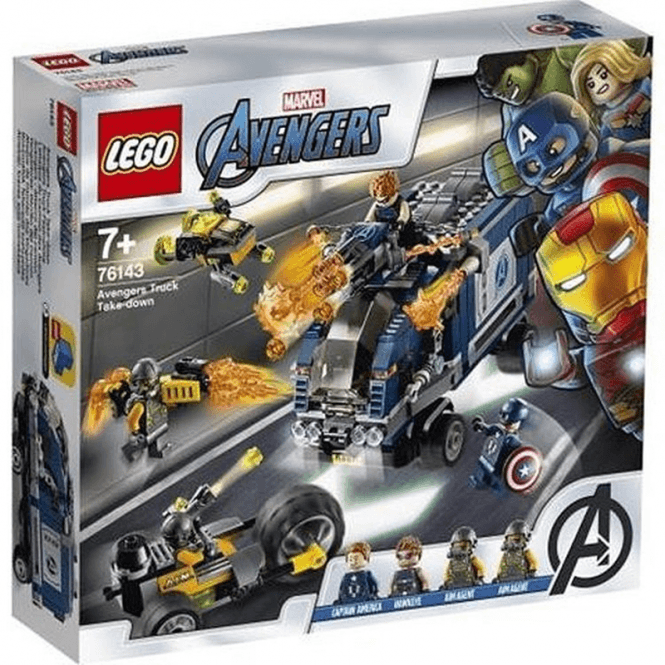 Code: 76143
Item in Stock Item out of Stock |
Loading...
Ask A Question
Email A Friend
Add To Compare

Captain America and Hawkeye’s LEGO Avengers truck is ambushed by 2 bad guys on a motor-trike with a drone. Stud bullets fly as 2 bad guys swerve their trike in front of the Avengers’ truck then launch an attack with a drone. Time to reveal the truck’s secret! Kids will love opening the truck to reveal the secret weapon… a huge 6-shot crossbow!

Get kids building and playing straight away with simple, clear instructions